Description: Man, this song always gets me goin’! Recorded in 1934, Sister Kate is onlyone of many versions of the song but is definitely my favourite. The Alabama Jug Bandincluded the great Clarence Williams and is one of the few hot jazz bands to make use ofan old jug. With such a great sound, especially for dancing, it’s unfortunate there wereonly 8 tracks recorded. I love every one of them.

I think modern Swing Bands should make use of the old-time jug. Jugs are awesome!

Since I first discovered the AJB I’ve seen this song used in at least two lindy Hopchoreography pieces and personally used it to choreograph a Jazz routine for my SoloJazz class.

Finding all eight tracks is a little difficult but a few songs are posted on YouTube,including Sister Kate: http://www.youtube.com/watch?v=9wtNSBupAVs 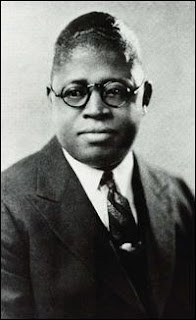 A few of their songs are scattered on a few compilation albums, but as far as I know theonly recording with all 8 of their tracks is the collection WORLD’S GREATEST JAZZCOLLECTION 2 Swing Time Box Set 100 CD (2008). It’s ridiculously expensive to buythe whole collection, but it certainly is a nice one. Not that I condone such behaviour, butit is possible that someone has posted all eight songs on their music blog. If you look hardenough you might get lucky.…